People experience Adderall withdrawal differently depending on various factors, such as the nature of drug use. Anyone with an Adderall Use Disorder will have more problems during the period after the last dose is taken. The beginning of Adderall withdrawal may be severe, and the whole process can influence one’s capacity to perform normally and execute responsibilities at work, school, and home.

Depression As The Hallmark of Adderall Withdrawal

When one takes Adderall for an extended period, the brain becomes accustomed to the surge in activity for these neurotransmitters. When the brain has low norepinephrine and dopamine levels, then Adderall withdrawal symptoms typically occur. This is why depression, though temporary, is one of the most significant indications of Adderall withdrawal. It usually goes on for roughly one week after taking their last dose. However, depression may persist in specific individuals for weeks or even months.

Severe depression is more than just experiencing sadness. The individual may also have the following symptoms: 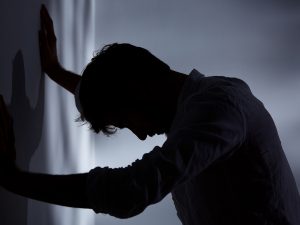 Since the brain is responding to reduced norepinephrine and dopamine levels, the individual will experience additional symptoms aside from depression. According to research, Adderall (amphetamine) withdrawal can alter users’ brain chemistry, making them more susceptible to stress. This could be why things that typically would not annoy you feel incredibly frustrating or aggravating during Adderall withdrawal.

Studies also indicate that amphetamines like Adderall change one’s brain chemistry in a manner that promotes reward-seeking behavior, even months after the last dose. This may explain why people who are detoxing from Adderall get such intense cravings for the drug that they channel other ways to stimulate their brain’s rewards system. This may include overeating.

There are typically two kinds of Adderall: the extended-release and instant-release forms. Regular Adderall is the instant-release form of the medication, and its effects often last for 6 hours. Extended-release Adderall or Adderall XR is intended to be used around the clock. These medications usually have a varying withdrawal duration. Since regular Adderall produces immediate effects that wear off after a few hours, it is eliminated pretty quickly from the body. However, Adderall XR accumulates in the body and takes longer to be eliminated.

The symptoms of Adderall withdrawal are the opposite of the effects produced by the drug. Even though this medication boosts the user’s energy, euphoria, and concentration, they will still experience a crash after they stop taking it because of the cancellation of these side effects. People with an increased tolerance for the drug will experience a more intense withdrawal. 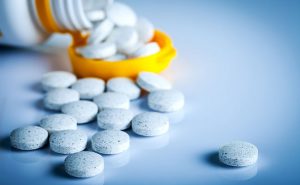 Within the first 6 to 36 hours after the last dose of Adderall, the initial symptoms may appear, with most people feeling the crash at this point. This is indicated by intense fatigue and depression.

The symptoms will be much stronger in the first week, with intense fatigue, depression, and irritability being common. Nightmares and headaches are also expected at the peak of intense withdrawal.

After roughly five days, withdrawal symptoms will start fading, but most people will still feel unable to perform normally and experience moodiness but will start to improve. The individual will experience mild depression and other mild psychological symptoms.

In the 3rd and 4th weeks, some people may continue experiencing Adderall withdrawal effects, mainly if they used the medication for longer than a year and developed a high tolerance.

Withdrawal when detoxing from Adderall can also cause mental fog and make you feel slower. You might feel unable to follow your thoughts to completion or focus. Some of these symptoms are experienced during acute withdrawal and will disappear within one or two weeks. On the other hand, individuals recovering from Adderall abuse might also get post-acute withdrawal syndrome or PAWS, also referred to as protracted withdrawal. Withdrawal symptoms can go on for months or even years in people experiencing PAWS, way after the drug has been eliminated from the body.

The symptoms should go away within several weeks after withdrawal for most people. However, it is common to experience unexpected emotional, social, or psychological issues. The depressive episodes may have long-term effects, including resurfacing traumatic or painful memories, feelings, and thoughts. The individual might also have to deal with the repercussions of not meeting their responsibilities during the withdrawal period. This could include issues at home, school, or work.

Withdrawal symptoms can be psychological and physical, and they will vary in intensity based on how dependent on Adderall the individual is. Dependence is typically determined by the manner of use, the duration of Adderall use, the amount of each dosage taken, mental health status, and any family history of substance dependence or abuse. The more one is dependent on the drug, the longer and more intense the withdrawal symptoms become.

What Helps With Heroin Withdrawal? 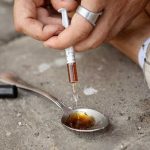 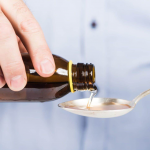 How Much Codeine Do You Have To Take To Get Withdrawal?