Morphine is an opioid drug that is often used to treat moderate, severe, and chronic pain. Often, it is prescribed for pain that occurs after surgery or for cancer patients. The drug comes in different forms: it is available as a syrup, capsule, tablet, or injection.

One of the effects of morphine is sedation. According to some patients, the drug induces a feeling of euphoria that’s much like dreaming. This effect is pleasurable, so morphine is a potentially addictive opioid. In fact, the Drug Enforcement Administration (DEA) has classified the drug as a Schedule II substance. That means the drug has some therapeutic uses, but it has a high potential for abuse.

While morphine certainly is legal when used properly, there are illegal forms of it in the black market. Let’s take a look at what they are and what they can do to your body.

What are the illegal forms of morphine?

Morphine can be manufactured illegally and sold in the streets. They go by different names, such as:

These illegal forms are not made in the same way as the drugs used as painkillers. Often, you would have no idea what the exact ingredients are in these illegal forms. You would not know how much morphine is in each one. That makes illegal forms of morphine all the more dangerous. If you keep on using them, you put yourself at a high risk of dependence and overdose.

Can morphine be bought over the counter?

Morphine is strictly a prescription-only drug. It is a controlled substance, so you cannot buy the drug from pharmacies without doctor’s orders.

Possession of morphine without a valid prescription is actually a criminal offense. The penalty depends on which state you live in and how much of the drug you possess.

How does morphine work? 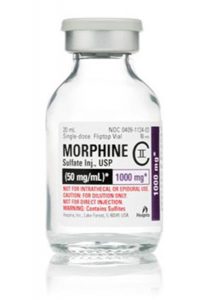 Morphine molecules work in the brain to block pain signals from being transmitted along the nerves. That way, you would feel relief from pain.

But that’s not the only effect of morphine. It can also produce pleasurable feelings, much like how you would feel when you’re asleep and dreaming. This effect is what makes morphine addictive. Once you experience it, there’s a tendency to want more and more.

Even if you take morphine under prescription, there’s a risk of being dependent on it. This usually happens if you take a higher dose without informing your doctor first. Gradually increasing the dose is what leads to dependence, and later on, addiction.

If you are under prescription for morphine, and you feel that the drug’s effects are weaker, tell your doctor right away. Do not modify your dose on your own.

What are the side effects of morphine use?

Aside from pain relief, morphine has a host of other effects. These include: 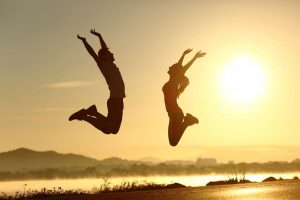 The feelings of euphoria and relaxation are the pleasurable effects that might get you hooked. Soon enough, you would want to keep taking morphine to get those feelings. The longer you take morphine for pleasure, the more likely you would become dependent on it.

If you take morphine for a long enough time, eventually your body will become used to it. The drug’s effects won’t be as strong anymore. You would then have to take higher doses to get the effects that you want.

Pretty soon, this becomes a vicious cycle until you can no longer function normally without taking morphine. At this point, you have already developed an addiction to the drug.

What happens if I get addicted to morphine?

Addiction to morphine will change your behavior and lifestyle. The most noticeable signs include the following:

What are the withdrawal symptoms?

Withdrawal symptoms can be particularly bothering and annoying, making it nearly impossible to quit morphine once you’re addicted. Some of these symptoms are:

Even if these withdrawal symptoms are not fatal, they can still feel quite intense. If you can’t handle the discomfort, you would most likely take morphine again just to relieve yourself.

These withdrawal symptoms can happen as early as six hours after your last dose. Physical symptoms, like fever and headaches, can last anywhere from three to five days. The psychological symptoms, though, like anxiety or irritability, last longer. They can stay on for weeks at a time.

What happens if I overdose on morphine?

If you take way too much morphine for your body to handle, you will suffer these overdose symptoms:

Morphine is known as a central nervous system depressant. In other words, it slows down the functions of your nervous system, which includes breathing.

Morphine overdose becomes deadly when it slows down your breathing too much. This is a life-threatening emergency, so if it happens, you need medical attention immediately. It’s best if there is someone nearby to call 911 for you.

Morphine addiction can be treated, just like any other substance addiction. Often, treatment would involve medically assisted detox as a first step. The detox aims to flush out all traces of morphine from your body, and it will also help you manage withdrawal symptoms.

The next stages of treatment involve psychotherapies, which address the psychological effects of the addiction. The goal is for you to develop healthy habits that do not involve drug use. Later on, you will be able to live sober once again.

Which Is Stronger Between Vodka and Hard Seltzer? 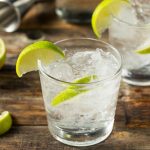 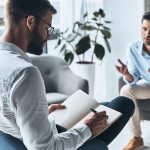