Molly is a commonly used party drug that has stimulant and hallucinogenic properties. The drug is also known by the other names ecstasy and MDMA. At first, molly was popularly used in raves (all-night dance parties) and night clubs, but now, it is used at any scenario.

Molly can increase your energy levels, pleasure, and feelings of connection and closeness with other people. Additionally, the drug alters your perception of time and your senses.

What is molly, and what does it do? 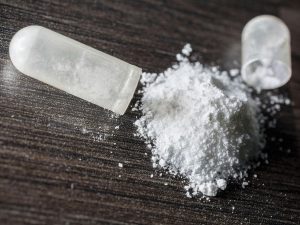 The chemical name of molly is 3,4-methylenedioxy-methamphetamine. That’s where the name MDMA comes from. Once the drug molecules reach your brain, they change both your mood and your perception of the things around you.

Molly is both a stimulant and a hallucinogen. As a stimulant, it makes you feel more energetic, alive, and awake. It also produces intense feelings of pleasure and euphoria, which is what most users seek.

At the same time, molly can distort your senses. As a hallucinogen, it may cause you to see or hear things that are not really there. Also, it can make you think that time is moving much faster than normal.

Molly usually is in the form of capsules or tablets. Some users take the drug in liquid form or pulverize it and snort the powder.

Molly usually refers to the pure, crystalline form of MDMA, which are sold as capsules. However, in some cases, capsules marketed as molly actually contain different drugs, such as synthetic cathinones, cocaine, ketamine, or meth. The effects of these drugs are different than those of MDMA.

How long before molly takes effect? 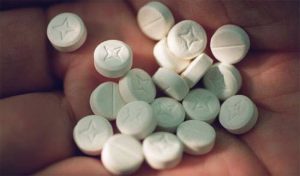 Once you take molly, the intestines absorb the drug molecules, which then enter the bloodstream. If you take the drug as a tablet or capsule, you may feel nauseated at first, but after 45 minutes, you will begin to feel its pleasurable effects. These effects reach their peak within 2 hours.

If you snort molly, though, the drug will take effect much faster. For this reason, some users prefer taking the drug nasally.

How does molly affect the brain?

Molly mainly affects three chemicals in the brain: norepinephrine, dopamine, and serotonin. The drug increases the activity of these brain chemicals, making you feel energized and alive. Particularly, higher levels of serotonin cause you to feel more empathy and closeness towards other people.

Increased amounts of serotonin in the brain also trigger sexual arousal. For this reason, users of molly are more likely to engage in unprotected sex. In turn, they become at higher risk for sexually transmitted infections like HIV or hepatitis. This effect is more pronounced when users take sildenafil (Viagra) along with molly.

What are the side effects of molly?

Aside from its pleasurable effects, molly can also make you experience the following:

If you use the drug consistently for a week, you may get these additional side effects:

When you take high doses of molly (more than 150 mg), your body may become unable to regulate its own temperature. Consequently, your body temperature would be higher, which can cause you to suffer heat stroke. This condition can then cause liver, kidney, or heart failure. This may be fatal if not addressed promptly.

Once the drug wears off, you may also feel the opposite effects – sadness, depression, anxiety, and sometimes, sleep problems. One theory that explains this is that serotonin in the brain gets depleted, which leads to those downing effects. They don’t happen immediately after the drug wears off, though. They usually occur days after you take molly and can last up to a week.

Can I get addicted to molly? 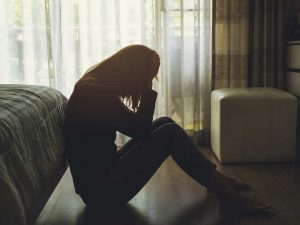 Different studies have various results on the addictive potential of molly. In most studies, it has been shown that animals self-administer MDMA, which indicates the drug’s potential for abuse. But the extent of self-administration is less compared to cocaine and other illegal drugs.

In another study, researchers found that molly is a low-risk drug. Alcohol, heroin, and crack are much more dangerous. Still, this does not mean that molly is a “safe” drug. It still has some effects that are detrimental to your well-being.

For instance, you can experience withdrawal symptoms if you have been using molly for a while and try to quit. Some of these symptoms include:

What treatments are available for molly addiction?

If you get addicted to molly, the best course of action would be to talk to a mental health professional. He will give you treatment options that are appropriate for your case.

There are no known medications that work for molly addiction. Often, users undergo behavioral therapies, which reportedly work well.

Detoxing from molly usually involves letting the body clear out the drug by itself. This depends on how fast your liver breaks down the drug molecules. This process is faster in individuals with good health than in those with pre-existing conditions, especially those that affect the liver.

There is a belief that drinking lots of water can help your body eliminate molly faster. But this is not true; it can even lead to hyponatremia (water toxicity). This condition can be fatal.

Also, lots of exercise will not help. What it will do is make you more thirsty, which will prompt you to drink more water. In turn, this will also increase the risk of developing hyponatremia. 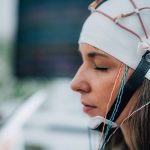 What To Expect In A Neurofeedback Session For Addiction Recovery