Narcotics Anonymous, or NA, is a support group meant for people who experience drug addiction. It’s one of the many 12-step programs for addiction recovery. NA is similar to its more popular cousin AA, or alcoholics anonymous. They use the same principles but serve slightly different sets of people.

Joining NA is a popular choice for those with drug addiction problems. If you happen to be one of them, you might also be considering an NA group, but you have a few concerns.

What if I’m shy and easily get intimidated? What if I don’t want to share details about my addiction to total strangers? What if I’m not comfortable talking to a group about my struggles?

These are all valid questions. Before you decide to join NA, have a look at what it is first and what their meetings are like.

What is NA all about? 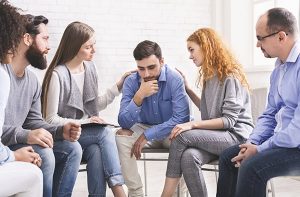 NA is a 12-step support group for people with drug addictions. There are lots of different NA groups both in the United States and other countries.

Some people join NA as part of a more formal rehab program. Others would join NA on their own, without going through rehab centers.

NA is known for the 12 steps that members follow in their journey to recovery. You and your fellow members will work through these steps each meeting:

If you’re new to NA and don’t know what to expect, don’t worry. A sponsor will orient and assist you in working through the 12 steps. Think of your sponsor as your NA best friend – that way, you can be an open book to him. If there’s anything you don’t understand, ask your sponsor and he will guide you. 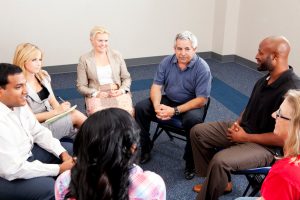 Going to an NA meeting for the first time could be intimidating to you. You may not know anyone in the room. You may feel nervous to share your struggles with other members.

Don’t worry, though. The environment fostered in NA is designed to make you feel safe. It is meant to be a no-judgment zone. That way, you can freely share your experiences without fear of being ridiculed or ostracized. Once people start sharing their own stories, you would feel more comfortable, and eventually you would share your own story to them as well.

Once you’re done sharing, that initial shock and intimidation often goes away. The act of telling your story and seeing people listen to you is a kind of therapy already.

Are NA meetings the same for each group?

The basic structure of an NA meeting is, for the most part, the same for all groups. But not everyone is in the same place in their journey to recovery. Some members will require more time to get sober, while others are already well on their way to drug-free lives. Each member may work through the 12 steps in unique ways.

Will NA cost me a lot?

Joining an NA group is free of charge. You don’t have to shell out a huge sum of money, which is perfect if you lack the financial means to go to a formal rehab.

NA is a great choice especially if your case of drug addiction is not too severe. If you see the signs and want to quit drugs early on, NA is a good place to start. No need to spend a fortune on more costly rehab programs.

If I’m in rehab, can I still join NA?

Yes, you can. In fact, there are a good number of rehab programs that include NA as part of their treatments. So, if you’re in a formal rehab, you can request to join NA if it isn’t already a part of your program.

Is NA for religious people only?

No, NA is not exclusive to religious people. In fact, you don’t even have to believe in God to be a member of NA. Yes, there would be mentions of God and a higher power in NA meetings, but atheists and agnostics are still welcome.

Do all NA groups work in the same way? 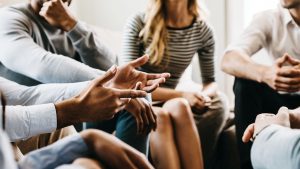 Different NA groups have different approaches, but every group follows the 12 steps. Different groups, however, have varying compositions of members. For instance, there are some NA groups that cater to company executives only. Some are exclusive to young adults. Others limit their membership to keep the group small.

There are also some NA groups that work this way: Each meeting, one member is tasked to talk about a specific topic. As that member speaks, he would mention a few points about his own recovery journey in his talk. After he speaks, the other members of the group would discuss the topic further.

How do I find an NA group fit for me?

Most of the time, your primary care doctor would know the best NA group for you to join. Ask him about it and he’ll refer you to one. Other people who can help you out are mental health professionals.

If you want to find one yourself, you can go old-fashioned and look for them in telephone books. Otherwise, you can visit NA websites online to find a group.

Do I Need An Intervention Specialist? 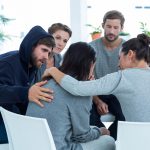 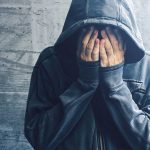